Directors of the Art Gallery of Windsor 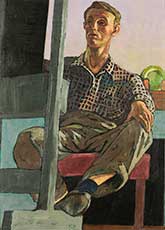 The director of the Art Gallery of Windsor works with the board to lead the institution, offering vision, support and management to the gallery staff. The director is responsible for: the management of all art gallery affairs including the exhibition and educational programs, collections, finances and human resources and generating educational programs, fundraising and marketing initiatives. The director is also responsible for ensuring that museum standards are applied to the production of exhibitions as well as to the care, management, exhibition of the AGW’s permanent collection.

Art gallery directors have diverse backgrounds and training. Many are trained in art history and have broad curatorial experience, as has been the case with the AGW’s directors. Art gallery directors work directly with a board of directors, volunteers who are responsible for the overall condition of the gallery. The director is supported by the board of directors who are community volunteers, giving their time and direction to support the AGW and make art available to the public. Under the direction of Kenneth Saltmarche and subsequent directors, the AGW has provided the community with one of the most valued permanent art collections and respected exhibition programs in the country.

From the beginning, Willistead Art Gallery of Windsor functioned as a service of the Windsor Public Library system.  The Windsor Public Library Board, who met at its Willistead headquarters in early 1943, discussed special art services for the library, planned gallery hours and appointed Daphne Hein, a local sculptor as part-time curator.  It authorized librarian Anne Hume to attend regional meetings to learn of the plans to circulate educational loan exhibits from major museums and to renovate a space at Willistead to exhibit artwork.

The opening ceremonies at the new Willistead Art Gallery overwhelmed the space, as more than 500 people attended. Hein described the gallery to the Windsor Daily Star as, “…well set-up, well-lighted and has all the attributes of a fine small museum.” (Windsor Daily Star, 1943)  With the great show of community support of the arts, the curator immediately began building on interest in the arts by holding children’s art classes, group and school tours and talks on the exhibitions. Public support for the art gallery was also shown in the immense offers of loans and gifts of artwork.  The Library Board created a special committee to select which pieces would be chosen for the permanent collection.

Throughout Hein’s time as curator of the art gallery, attendance remained high and community support strong, with exhibits sponsored by Windsor Art Association, Windsor Public Library Board and the Friends of the Windsor Public Library.  In 1946, Hein resigned to marry (as was the practice at that time) and Kenneth Saltmarche was appointed as the first full-time curator.

It is difficult to speak of the Art Gallery of Windsor without mentioning the first full-time director, Kenneth Saltmarche.  Hired in 1946, Saltmarche was appointed director of the Willistead Art Gallery of Windsor, to “develop an art gallery for the city of Windsor.”  Early on, Saltmarche developed a policy of focusing on Canadian art for the gallery’s permanent collection. Recognizing the unique geographical situation of its location on an international border, he was committed to presenting Canadian exhibitions of regional, national and international significance. “I remember very clearly, the feeling that was conveyed to me that, why bother trying to get an art gallery in Windsor when there is such a marvelous one in Detroit,” said Saltmarche.  “I choose another point of view. I felt that it was very important to have an art gallery in this community.  The Detroit collection did not include, certainly at that time, and even yet, does not include the works of Canadian artists.  So I thought the thrust of our collecting in Windsor should be Canadian.”

While Saltmarche had the enormous challenge of developing a permanent collection from a collection of just a few pieces of artwork, early support by Windsor residents for the arts was passionate.  Saltmarche described Anne Hume, and the Windsor Art Association as “a small band of dedicated people who wanted better things for Windsor in the arts.”  Saltmarche further developed the arts education programs offered by the gallery and continuing art classes for children and art workshops for adults.  He launched a picture rental collection of framed reproductions and small sculptures.  This lending program proved popular to the people of Windsor, while raising money for the gallery.

Saltmarche, who had developed the art gallery in size, standards and importance as well as built confidence with his devotion, influence and guidance, was appointed director. “That was the end of 1959 and that was the real birth of what has become the AGW, something that could grow and be built upon.  In other words, an institution.” As years passed the collection and art activities continued to grow and additional space was needed to further develop the art gallery.  The idea of another location or building an addition on Willistead was discussed.  In 1969, the gallery’s name was changed to the Art Gallery of Windsor.

As an artist, Saltmarche held exhibitions of his own work and travelled extensively to sketch. He was the recipient of many commissions including portraiture for the Government of Ontario. In 1993 the Art Gallery of Windsor mounted a retrospective of his work and published a corresponding catalogue.

Known for his enthusiastic and robust vision, Saltmarche successfully initiated community involvement in the arts through innovative programs such as Art for All, designed to see Canadian art in Windsor homes.  Art in the Park, a popular yearly event now run by the Rotary Club, intended to raise awareness in the arts and attract Windsor area residents to Willistead, was also started by Saltmarche.  He also introduced the art gallery to the public through regular art reviews in the Windsor Daily Star, promoting the appreciation and understanding of the arts and art gallery activities. Saltmarche grew the permanent collection to nearly 3,000 works of art by the time of his retirement in 1985.

Alf Bogusky replaced Kenneth Saltmarche and was able to build upon the strong foundation built by his predecessor.  A painter with a degree in fine arts, Bogusky was previously the director of the Southern Alberta Art Gallery. Among Bogusky’s greatest challenges during his tenure was taking the gallery through a significant renovation program.  The art gallery was housed in an old bottling plant reconditioned in the early 1970s in preparation for the art gallery and required the removal of asbestos insulation throughout the building. The art gallery was closed in 1986 while the 60,000 square foot gallery interior was emptied and walls and ceiling removed to enable the removal of the asbestos insulation.  Renovations followed which created new exhibition space, a library and resource centre, and the expansion and redesign of security, the information desk, gift shop and art rental facilities. Bogusky also strengthened the gallery’s reputation in contemporary art programming.

Vincent Varga, also a senior curator at the AGW, took over the post of interim director following Alf Bogusky’s departure.  Regarding Bogusky, Varga commented that, “he committed himself whole heartedly to the AGW and to all Windsor’s creative communities.  Through his highly refined professionalism, generosity of spirit, considerable energy, determination and belief in the educative role of cultural institutions, he rejuvenated the AGW and equipped it to meet the challenges of the future.” During his short time at the head of the AGW, Varga continued to uphold the high level of services and programs before moving to Sante Fe, New Mexico where he contributed to the SITE Sante Fe contemporary art projects.

Nataley Nagy told the Windsor Star in 1993 that she was interested in the Windsor gallery’s top spot because of the, “dedicated volunteers, a strong board, committed professional staff, a sound framework and master plan.” Hired with a mandate to build attendance, and facing major upgrades and maintenance to an aging building, Nagy and the board of directors of the day, realized the benefits of hosting Ontario’s first interim casino, proposed the art gallery’s building and won the bid.  The understanding was that the AGW would vacate the building for three years, receive an endowment and eventually return to a refurbished building. The decision to vacate the art gallery’s home for a temporary casino was controversial with the public, members of the art gallery and local artists. Nonetheless, Nagy and Varga set to finding a new home.  “We looked all over town, because I felt it was part of a community-building strategy to do look-sees. We kept coming back to the mall.” (Toledo Blade, 1994)

Attendance increased rapidly at the Devonshire Mall location with the first year seeing 100,000 visitors, a record for the art gallery.  “The AGW has a strong national profile in Canada and the art community admires the move to the mall.  The general feeling is bravo for having the courage to do it,” remarked Helga Pakasaar, curator of contemporary art. (Detroit News – Aug 16, 1996 – The gallery gamble)

When the permanent Casino Windsor was built, the AGW Board of Directors and Management faced many challenged regarding whether to relocate to its riverfront location and refit the building again, or build in a different location. The decision though, was to move back to the downtown core near the former gallery location. In 1999, the AGW Board of Directors unveiled the plans for a new art gallery to be built near the old location and construction started later in the year. Nagy left her post at the AGW in 2001 after overseeing the move from the mall into the state-of-the-art climate controlled facility.

The Art Gallery of Windsor welcomed Gilles Hebert as director in 2004. Hébert, who had previously headed Saskatoon’s Mendel Art Gallery and the St. Norbert Arts Centre near Winnipeg, found that “his greatest challenge is to put together a program that has resonance for the community”.   He also headed the gallery with the major challenges of revenue generation and maintaining the building, which had become extremely expensive to maintain, and oversaw a major retrofit of the HVAC climate-control system.

Catharine Mastin was Curator of Canadian Art at the Art Gallery of Windsor from 1989-95, during which time she was awarded the 1993 and 1995 Ontario Association of Art Galleries Curatorial Writing Awards for projects on Wyndham Lewis in Canada and representations of First Peoples in Canadian art.  Mastin has worked as a guest curator at several art galleries across Canada and taught at York University. She received her M.A. in art history and architecture and her B.A. Honours in studio and art history, both from York University, and her PhD form the University of Alberta in Women’s History. Prior to becoming director at the Art Gallery of Windsor, Catharine Mastin was Senior Curator of Art at the Glenbow Museum in Calgary from 1995-2006, leading the art department’s activities in collections development, exhibitions and public access.

Upon acceptance of the AGW director, Mastin said “The AGW is a gem and important contributor to the national visual arts community. In accepting this position I will work diligently to champion the gallery’s critical role in the city and beyond.” During her first two years she has overseen a major organizational restructuring including the 49-year lease agreement with the City of Windsor and sale of the 401 Riverside Drive West to them.