What WPL is Reading: January

Posted in: January 19, 2015 by Windsor Public Library Library | No comments

It’s a new year, but we at WPL are still reading away. There’s nothing quite like sitting in a warm spot with a good book if you’re refusing to go outside. I’m not sure what it is, but there’s something about -15 and snow that just makes me want to read. There are some great picks this month, and here they are.

Rob: The World Of Ice & Fire – The Untold History Of Westeros And The Game Of Thrones by George R.R. Martin 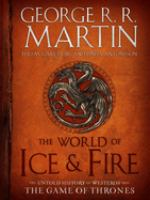 The World of Ice and Fire

A veritable cottage industry has popped up to guess the release date for the next Game of Thrones book. While we wait for the next book to let us know what happened to our favourite characters (who are still alive), there have been some things to keep our interest piqued.  The most recent release from the world of Westeros is the World of Ice and Fire. Similar to Tolkien’s the The Silmarillion, this work helps explain some of the considerable back story from Martin’s universe.

Filled with beautiful artwork and very detailed, this is a highly enjoyable book for those who can’t get enough G.R.R.M. It explains the backstory of the major houses in the world, so if you wanted to know more about the Starks and Lannisters this book is a great place to start. It’s pure escapism during the dreary winter months, and so I’d highly recommend it if you’re addicted to the books and (or) show. It may seem a bit much if you’re a casual fan, but if you’re interested it is definitely worth browsing through dragon fire on a cold winter’s day.

Adam: This Changes Everything: Capitalism vs. the Climate by Naomi Klein

This may be the most important book yet written about contemporary ecology and economics. Journalist Naomi Klein, author of other incendiary works including No Logo (1999) and The Shock Doctrine (2007), is a social activist whose body of work has analyzed and scrutinized globalization, corporate capitalism, and neoliberal economics. This Changes Everything analyzes how “neoliberal market fundamentalism” is preventing progress in the race to halt climate change and to protect the environment. Rather than directly addressing ways to reform climate change, Klein argues this form of capitalism encourages profligate consumption which results in further carbon emissions and the creation of even more world-damaging methods of fossil fuel extraction.

Throughout the book Klein calls out the parties responsible for creating and promulgating climate change. The views of climate change-deniers are shown to be fundamentally biased by investment in the fossil fuel industries. Quick-fix solutions like geoengineering are revealed to be more environmentally harmful than beneficial. The seeming altruism of “green billionaires” like Richard Branson and Bill Gates is demonstrated to be misplaced and does more to hinder the development of renewable energy technology and increase carbon emissions than help the environment.

Instead of waiting upon “miracles” from governments or the scientific community to appear, Klein argues for a radical change in the way we in capitalist society think and live as the only true solution to fix the damage we’ve done to the Earth. This Changes Everything is a sobering and impactful read that may very well change the way you think about economics and the climate crisis affecting our world.

One of my New Year’s resolutions was to read more non-fiction, and I’m glad that, on a whim, I picked up Jane Jacobs’ Dark Age Ahead, because it’s really hitting the spot.  Jacobs’ last published tome warns that our culture, mired with issues of crime, racism, poverty, etc., is heading towards a dark age if no intervention occurs in the next few generations. She posits five pillars, as she calls them, that will enable society to counteract this devolution: community and family; education as opposed to credentialing; science and technology; government representing the welfare of its citizens; and self-policing by the learned professions. While I don’t necessarily agree with all her statements, her theories are fascinating, if a bit disheartening (her idea that the highway system and the automobile industry have effectively destroyed a general sense of community is interesting, although perhaps faintly inflammatory, especially for residents of a city like Windsor). Her prose is highly readable (important for me, an inveterate reader of fiction) and Dark Age Ahead appeals to that part of me that also whizzes through YA post-apocalyptic fiction – where are we headed as a society? What would happen if our ease of access to knowledge was curtailed? How can we make our communities more vibrant, interactive, democratic places? How can we reduce the gap between rich and poor? Jacobs’ comparisons to the fall of the Roman Empire and the devastation of aboriginal cultures in the Americas at the advent of European settlement are perhaps somewhat dramatic, but revelatory nonetheless. Maybe I’ll make another, belated New Year’s Resolution to try and single-handedly stop an impending dark age. Alternately, I could just pick another, more light-hearted non-fiction book to read next.

Mae: the Magic of Saida by M.G. Vassanji and Three Women Strong by Mary NDiaye

The Magic of Saida

Continuing on my informal African literature safari, wherein I am picking up books either set in one of the countries of that great continent, or written by an author with ties to Africa, here are two more titles.

The Magic of Saida by M.G. Vassanji

Novel is set in Tanzania.  A man returns to the town of his youth to try to find the girl he left behind.  It is a tale incorporating the history of family and community from colonial times, through the post Cold War independence turmoil to the present.  Religion, ethnic rivalries and traditional magic all play a part in the unfolding events.

Three short stories about women with east African roots who must contend with the extraordinary demands and disappointments brought upon them by events and family. (Frankly, some of the men are a mess.) Told primarily in first person narrative.  A counter point perspective at the conclusion of each segment adds a twist.

Julie: Thug Kitchen: Eat Like You Give A **** : The Official Cookbook by Thug Kitchen LLC 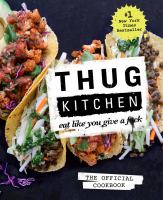 When I picked up this book, I was pretty much expecting an expletive filled vegan cookbook with trendy, overpriced, tasteless ingredients. Boy was I wrong. By the time I was halfway through I had already bookmarked at least ten pages. Most of the recipes call for ingredients that I (a non-vegan) typically have on hand, and the steps are fairly easy to follow; so far every dish that I have tried has turned out delicious. As you can probably decipher from the title, the tone differs slightly from your typical Joy of Cooking type book…OK, it differs a lot. If you’re looking for a birthday gift for your grandma, this probably isn’t the best choice. If you’re looking for healthy, tasty, plant based meals ideas that everyone (including meat eaters) can enjoy, you will probably like Thug Kitchen.

That’s what we read this month. Thanks for reading with us!